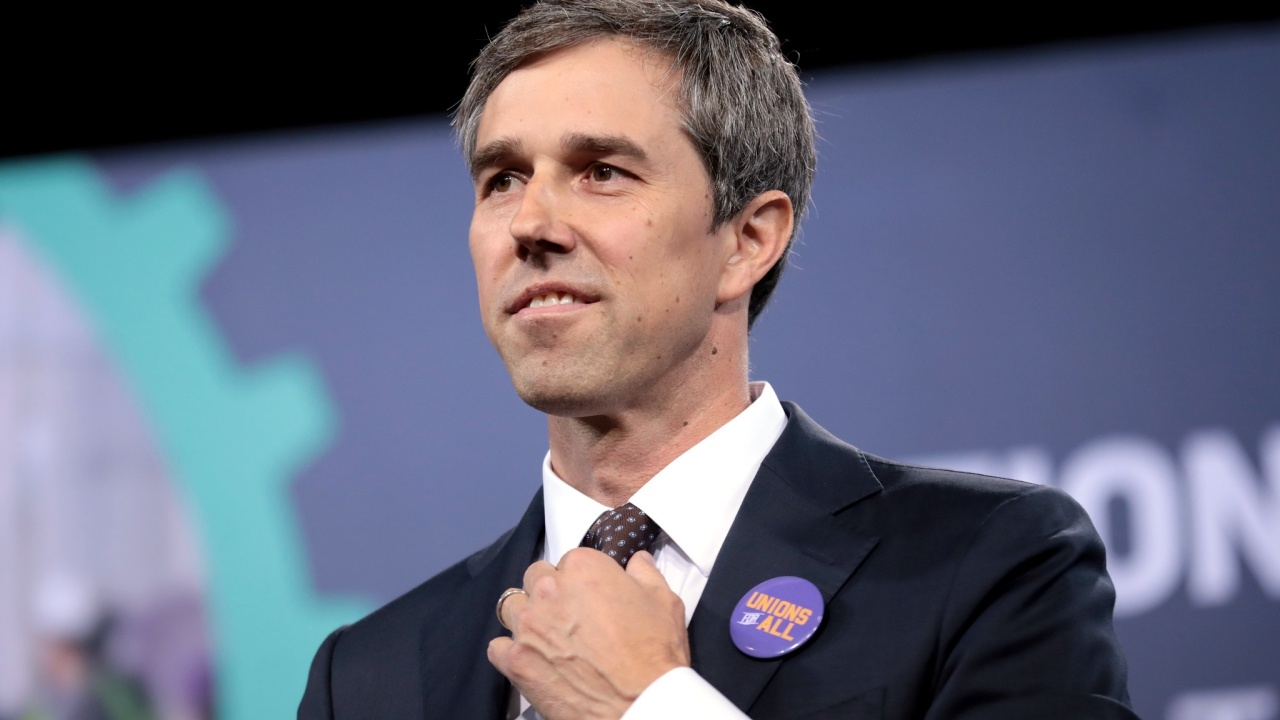 It is with a heavy heart that I must make a sad announcement today. The time has come to press pause on the dream of Beto for president. It's not the end of the Beto dream. It's just pressing pause for a while, like pausing a Foss CD. The dream will keep right on spinning, until we return to it and press play again. I mean, look at Bernie Sanders. That guy's almost twice my age and he's still running for president. That means you can look forward to Beto running for office for decades to come. I have found there is tremendous joy and freedom in running for office and never winning. All the travel, Vanity Fair cover stories, food and free beer, with none of the hassle or responsibility of having an actual job in elected office (or any job at all). It's really great.

With the exception of myself, no one has supported Beto more faithfully and true than you, the fans. I'd also like to thank my wife Amy for continually raising our children so that I can travel this great land in my never-ending quest to find myself (and also to connect with you, the fans). From attending my very hip and not-at-all contrived jogging town halls, to slapping those trendy Beto bumper stickers on your hybrid-SUVs, to steadying tables all over America so I could jump on top of them and yell and jab the air, to clicking "like" on all those Facebook videos of my dentist visits – you perpetuated this Beto dream way longer than it had any right to be perpetuated.

So, I'm sure you're now wondering – what's next for Beto?

Other than pursuing my career as a solo rock recording artist, I believe the best way I can serve America and bring true justice to this great land of ours is by stealing from the rich and giving to those who fall in the sweet spot on the intersectionality charts. Except I won't steal from my billionaire father-in-law, only because getting my family cut out of the will would not be in America's best interest. You need a Beto who is independently wealthy via his wife and so do I. Plus, as you know by now, from following the 2020 presidential campaign so closely, the only acceptable status quo in America is leaving the wealth of Progressive elites alone. Everyone else's wealth is fair game, including the middle class. It's the right thing to do.

You need a Beto who is independently wealthy via his wife and so do I.Therefore, from this day forward I will henceforth be known as Beto Hood. You will be able to join the cause by purchasing official Beto Hood merch soon at Beto Hood dot com. Together, with my band of merry men, who will be known as "merry non-binaries", we will roam the land, righting all the wrongs and bringing about all the social justice that Donald Trump refuses to let you have.

Beto Hood and his Merry Non-Binaries will live on the road. And in the woods (in eco-friendly, fully sustainable treehouse yurts). And in the shadows. We will skateboard and learn archery and rappelling. We will become proficient in hand-to-hand combat. We will become experts in all weaponry except guns, since guns are the evilest weapons. We will care for all the animals of the forest. You already know my affinity for squirrels. Not only will we continue to rescue all the orphan squirrels, we will train them in petty thievery and nimble sabotage. We will affix tiny helmets on them, fitted with tiny Go Pro cameras to live stream their heroic exploits on Facebook. Side note: my colonoscopy next week will also be live streamed on Facebook and available to rent on iTunes.

Using the skills I honed as a college graduate scaling the gates of UTEP, Beto Hood and his Merry Non-Binaries will scale the gates of America's richest and steal from their grotesque wealth. Jewelry, high-end electronics, precious antiques, art, women's shoes – nothing of value will be off-limits. Drawing on my experience while my father was a county judge, we will live above the law. It will be dangerous work, the Lord's work as some people say. But totally worth the risk.

Also, we will not wait for Constitutional amendments nor judicial overreach to get rid of America's AR-15s. We will steal those too. One by one. Using very large versions of those stretchy sticky hands that come in cereal boxes, we will literally be able to snatch these vile guns right out from under the noses of the monsters who own them. Then, with our literal mountain of confiscated AR-15s, we will melt them down and use the metal to build a flotilla of sturdy watercraft, called Beto Boats (trademark pending). Families will be able to use these Beto Boats to save themselves and others when the rising waters of climate change overtake our cities in exactly ten years.