RUSH: Monday Night Football ratings have crashed by over 20%. And I gotta tell you, the early Monday night game at 7 p.m., the Pittsburgh Steelers and the New York Giants, I mean, those are two teams that traditionally draw huge numbers. I mean, the Giants is New York, the nation's largest media market. The Pittsburgh Steelers may as well be in the top 10 media market. They're both traveling teams. Their fans follow the Steelers everywhere. 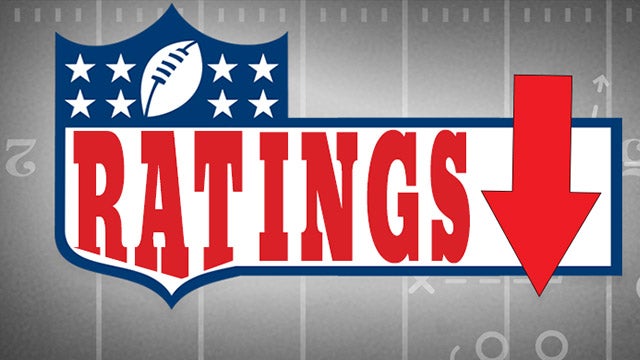 Their fans are on prime time television the maximum number of times the league permits every year because they draw huge audiences, and their game that was down 20% plus the late game was the Tennessee Titans and the Denver Broncos. And that game started about 10:15. In fact, do you know every -- Brian, you'll love this -- every NFL game starting with the Chiefs and the Texans, every NFL game except one had audiences lower than the year before. 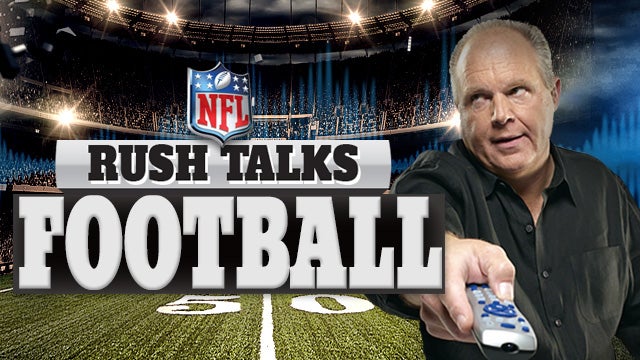 Which game do you think... (interruption) That's exactly right, Mr. Snerdley. The Tampa Bay Buccaneers and the New Orleans Saints were the only game that had ratings above history. And that's 'cause of Brady. But you know something, folks? I think we're making -- well, we're not making a mistake, but comparing NFL ratings, say, from this season, the opening weekend of this season, to last season, that's not really what we need to be doing.

So what we need to do, we need to go back and look at NFL ratings after Kaepernick took the knee, and then that started growing and a lot of players started protesting during the 2016 season. That's what we need to be comparing ratings to. And I'll bet that you if we did that, you'd find the NFL has been losing a lot of television audience in the last four years. If they're down year over year, then they gotta be down from 2016 to the present because it only intensified.