BRETT: Whatever happened to the John Kerry scandal? Does anybody know what happened with the John Kerry scandal, the scandal involving the sharing of intelligence with the Iranian foreign minister? I know, I know that John Kerry has denied that that was the case. I know John Kerry has said unequivocally, in a Twitter statement -- which is, you know, just as good as like being under oath -- "I can tell you that this story and these allegations are unequivocally false. 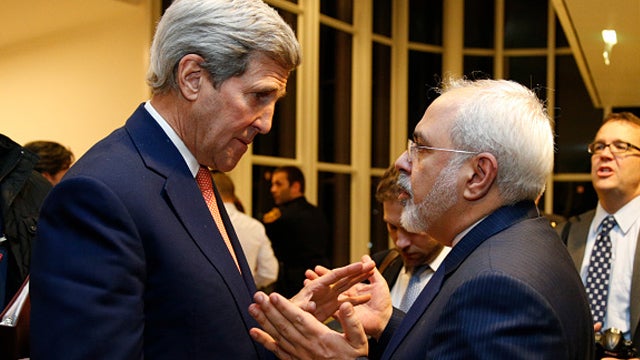 It is just completely evaporated. It starts last Sunday where the New York Times tries to deep six this as Mohammed Jivad Zarif, who is the foreign minister of Iranian... So he's sort of be... He would be... I could say Antony Blinken, but nobody knows who Antony Blinken is. So he was sort of like the John Kerry Iran. Like the foreign minister, right? Like the secretary of state.

He's the foreign minister of Iran, and he's BFFs with John Kerry. John Kerry is BFFs with his Javad Zarif. They were advising eachother and he was talking to 'em constantly during the out years of the Trump administration, essecntially telling them okay, "Don't worry about it, hang back, everything's gonna be cool. We'll get rid of Trump and we will do this nuclear deal thing and we're all gonna be smiling."

But this idea that they keep passing all this information over to Zarif, and the fact that CNN, MSNBC, NBC, ABC, CBS, ABS, NPR? Nobody's talking about this, and this is like only the latest insult from John Kerry. John Kerry's got himself a blind spot when it comes to Iran.

In the later days of the Obama administration when John Kerry was the secretary of state and he was helping to shepherd that Iranian nuclear deal and all that sort of stuff that was going on, do you remember in January of 2016 when Iranians took our sailors hostage and they humiliated our sailors? Does everybody remember that?

There was video. They made video of them essentially saying, "We're sorry that we went in your waters. We're sorry. We're really bad people." The sailors weren't forced to do that, but they were humiliated. The Iranians wanted them to do that -- and for his part,John Kerry thanked Iran for taking our sailors hostage and humiliating them!

RUSH: John F. Kerry (served in Vietnam, by the way) has thanked the Iranians for taking our sailors hostage and humiliating them. I'm not kidding on this, either. John Kerry thanked Iran for humiliating our sailors, one of whom was a woman, by the way. He thanked 'em for rescuing 'em, thanked 'em for humiliating them. Well, that's what he thanked 'em. He thanked the Iranians for capturing Americans engaged in harmless activity on a boat. Here is his sound bite from the State Department this morning.

RUSH: Yeah, all it takes is $150 billion in cash and a promise they can nuke up and they'll give us back some soldiers they took hostage. What the hell is this? They take some hostages, they capture a couple little dinky boats we got running around over there, and they take the people on board hostage, and they release 'em, and we thank them.

We really appreciate that. We're sorry.

That's what he's essentially apologizing for what we did. Just saying, folks, give somebody $150 billion and a green light to do a nuclear weapon? I mean, you're buying a lot of friendship there. In the meantime, "Controversy Explodes Over Iranian Images of U.S. Sailors -- Iran today released a series of pictures and videos showing the 10 U.S. Navy sailors it apprehended yesterday, inflaming the American debate over their capture, including the question of whether the U.S. had formally apologized for entering Iranian territory.

"The Iranian media, made up of the Islamic Republic of Iran Broadcasting News Agency, and the Tasnim News Agency -- published roughly two-dozen photos and five videos, a couple of which feature a male sailor apologizing and praising Iran's treatment. 'It was a mistake that was our fault, and we apologize for our mistake,' the man says in one video.

"'The Iranian behavior was fantastic while we were here and we thank you very much for your hospitality and your assistance. We had no problems here.'" Think of it what you will. That's what the Iranians released as having transpired: We apologized and praised them for treating us well and the whole thing was our fault. Right.

Folks, you can think what you want, but I'm gonna tell you something. This kind of story where we apologized, and, "Boy the Iranians were so nice. Oh, my God, it was so much fun be with them! They were so nice. It was our fault; we shouldn't have been there. We apologize. they treated us so well," you might think that's cool. I'm telling you, that's one of the biggest propaganda victories that this Satanic country could get.

In Middle East, where this is the kind of stuff that matters, it's gonna make it look like they totally dominate us. It's gonna come across as another huge victory over the Great Satan, the United States of America. Now, last night in his State of the Union speech, Obama's going on and on, "We're the most powerful country in the world!

That's how you measure it. We can have the best, most powerful fighting force in the world and if it's led by a wuss or somebody who thinks that it's the problem in the world, what good is it, under his command? And make no mistake: Barack Hussein Obama is one of these people that thinks the United States military is one of the greatest problems in the world, historically and at present. Do not doubt me. It falls right in line with this whole belief system that the United States is not the solution to the world's problems.

We are the problem.

BRETT: And so given all of that, why are we not having an investigation into what Kerry did with the foreign minister of Iran? We're just taking his word for it, right? There's absolutely no deterrence to continue doing this, because it was John Kerry, who also... After the strike on Soleimani, Qasem Soleimani, it was John Kerry, who condemned the attack by Donald Trump. 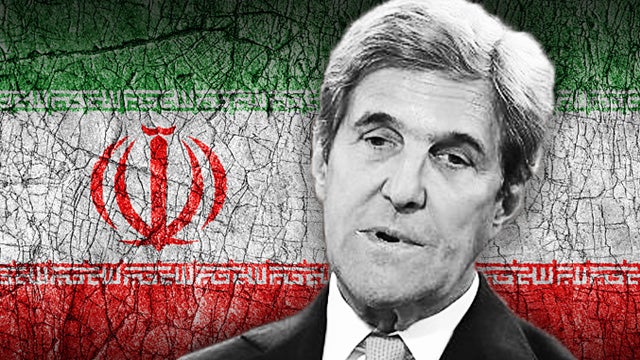 You can go back to the George W. Bush years. Donald Rumsfeld was talking to the Iranians? We need an impeachment, said Adam Schiff. Somebody's gonna say something like that. And the reason why it's important for there to be hearings into what John Kerry told Iranians. Okay, I know he's the climate czar -- I get that -- for Joe Biden.

But the reason why it's important for him to get out and testify in public but what he told the Iranians, is to get him on the record, because if he commits perjury, he's gotta get bounced -- and he's gotta get prosecuted, number one. Number two, if you allow all of this do-it-yourself foreign policy to happen with these out-of-power progressive liberal Democrats, then they're gonna keep doing it.

Whatever president comes in next that's a Republican, they're just gonna keep hotwiring the foreign policy, going around saying, "No, Xi, don't worry about what's going on. No, no, no. No. Schiff's gonna impeach him in two weeks. You don't have to do it. Don't pay attention." We only have one president at a time. We can only have one foreign policy at a time.

Unless, of course, you're John Kerry, 'cause everything's optional.

About The Rush Limbaugh Show