JASON: When it comes to the green energy nonsense, understand this: The Democrats are pushing electric vehicles on America. Now, you can't afford them. If you're wealthy and you're a trust fund brat out in San Francisco, you can afford them, but you can't. Understand this. The Highway Trust Fund -- I was on Transportation and Infrastructure as well -- is broke. They don't have enough user-fee revenue, so they gotta steal from general revenues to do something that should be a user-pays system.

Guess who's getting a free ride on this? Electric vehicles! They pay no gasoline tax, the primary funder. They get a $7,500 subsidy when folks buy them, and that's what they want to expand? They want to...? The reason I bring this up is every time oil prices spike because we're basically banning energy production, they just say, "We'll just drive an electric vehicle!" You'll have no roads then, folks. But here's why oil prices didn't skyrocket as of a couple of years ago when Rush talked about it.

RUSH: The free flow of oil at market prices is the number-one factor in a stable economy in this country and most of the Western democracies. You might not like hearing that, but it is. It's why when Saddam Hussein went into Kuwait, threatened to shut down the oil, take it all over, we didn't waste any time. George H. W. Bush dispatched troops. We could not allow that to happen.

The free flow of oil -- I don't care what the climate change ninnies say. I don't care what the anti-fossil fuel crowd says. The world functions on the free flow of oil at market prices. Any interruption is a potential disaster. Any oversupply depresses prices. It's a delicate balance. There's tons of it. The challenge with the supply of oil is meeting the demand without creating a whole bunch of surplus. It's a logistics problem. It's a pleasant one to have. 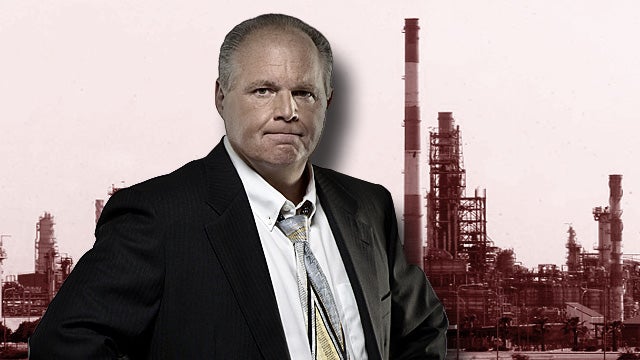 So with the United States production rising, the Saudi production, OPEC's production is gonna have to be cut because the world supply is what it is. The world demand is what it is. If the U.S., because of the dominant position we have, sets the price, the Saudis are gonna have to accommodate. So they, they might have been looking forward to cutting back production anyway. If they didn't, prices would collapse because there'd be way more supply than the world needed.