BUCK: We’re joined by our friend James Golden. Many of you know him as Mr. Bo Snerdley. He has a book out, “Rush on the Radio: A Tribute from His Sidekick for 30 Years.” James, my friend, good to have you on.

GOLDEN: It’s so good to be here. Thank you for having me. And, you know, it’s a little bittersweet, though. I’m feeling a bit teary and emotional. Because Thanksgiving, as you know, was Rush’s favorite time of year, and I just remember last year at this very time Rush is telling all of us that he was comparing himself to the way that Lou Gehrig felt when he said that he truly understood how Lou Gehrig felt facing a terminal illness and still feeling like he was the luckiest human being on the face of the earth.

That was Rush’s Thanksgiving message last year, along with profound thanks to this audience of which you are holding up the legacy, and we’re so proud of you for doing that. And so this is… But it’s a little bit bittersweet this year as we remember that Thanksgiving story that Rush told us, the true Thanksgiving story — which was, of course, the clash between socialism and what eventually won, capitalism, in this country and individual achievement. So, what a time of year, what a time of year — and, of course, the beginning of the Christmas season which was just so special for Rush and for all of us.

CLAY: James, we appreciate you coming on with us and sharing, to your point, what is such a bittersweet moment for many of the people listening here who have for decades experienced Thanksgiving with Rush, and they don’t have him for this first Thanksgiving. And we’re very honored to have you here. I’m assuming you have seen the Wall Street Journal under siege for publishing their Thanksgiving homily basically from the 1600s that they’ve been publishing for decades to signify the importance of Thanksgiving. How do you think Rush would have responded to the Wall Street Journal standing up to people trying to cancel their editorial, and how pleased would he be with what they wrote in response to those who would cancel them?

GOLDEN: I think he would be very happy to see the Wall Street Journal taking a stand, especially when so many others that we wouldn’t expect caved in to this progressive madness that is sweeping across the nation, that tries to rid us of our history and our traditions. You know, Rush was in many ways the first attempt for the progressives and liberals in this country to try to begin their cancel culture war. It didn’t work with Rush — and, certainly, with the Wall Street Journal today, with this attempt. 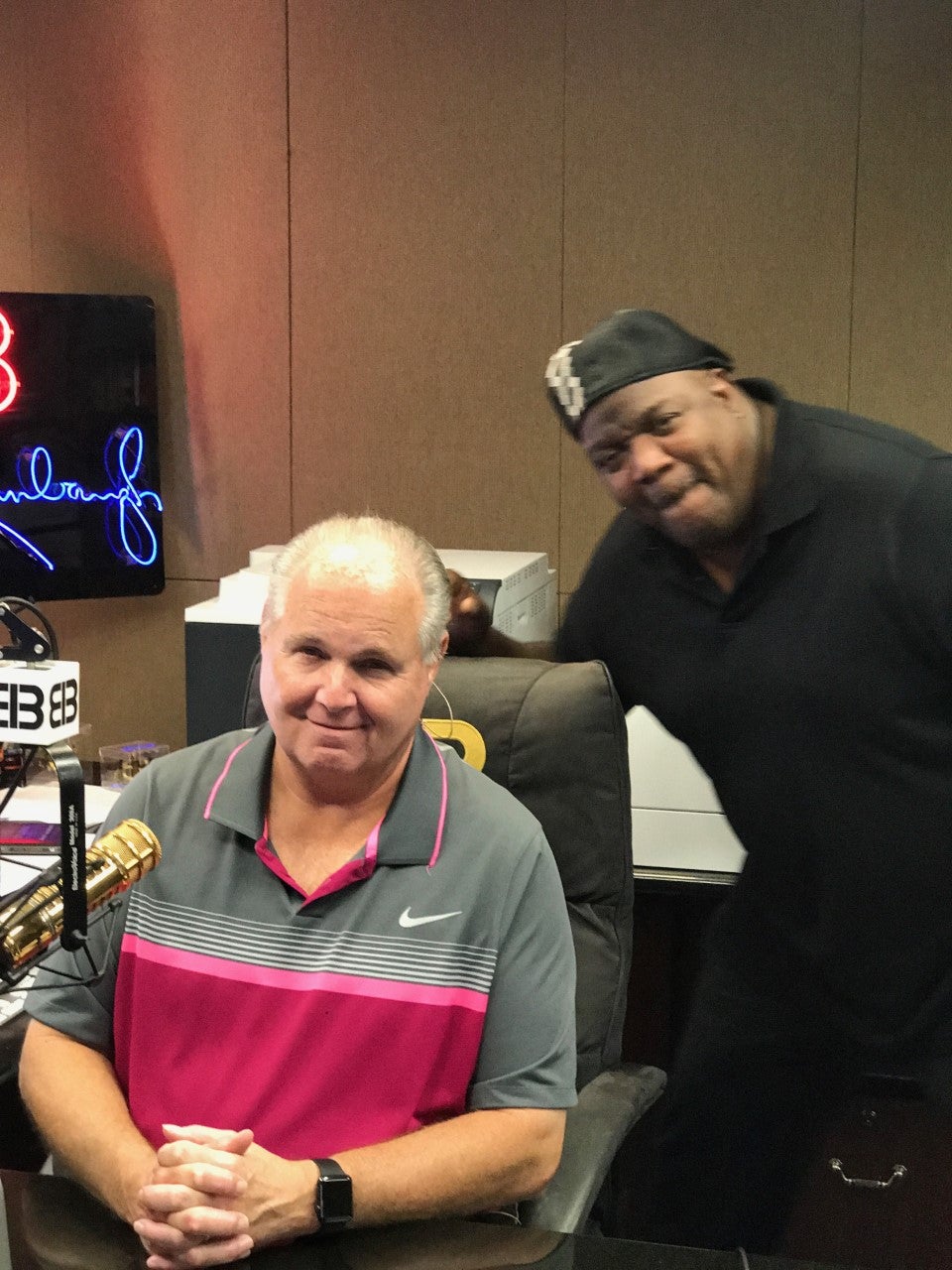 And, you know what? The Wall Street Journal is not the only one that is coming under attack for celebrating Thanksgiving. You can see across other outlets in the mainstream media today — very sly in some cases, in other cases very outright and hostile — attacks on the Thanksgiving tradition as not being inclusive enough in our history. Look, we are Americans — and Rush was so right about this — being proud of America, being optimistic that our best days are still ahead of us.

Yes, we’re aware of things that happened in our past, but we’re also… Rush was also the eternal optimist about the good and great nature of the American people and how we’ve overcome the things in our past to become a great nation, and we are still filled with the optimism that as great a superpower as we are today, America’s best days are still ahead of us.

BUCK: We’re speaking to James Golden, formerly known as Bo Snerdley by many of you. He has a book out, “Rush on the Radio: A Tribute From His Sidekick for 30 Years.” As we go into the holiday tomorrow, James, people will be looking for things to read, of course. And a lot of them want to know your thoughts, both on what Thanksgiving meant to Rush — you and the whole team — and what was the mood like in the studio on days where you were getting ready for Thanksgiving, when Rush was at the helm?

GOLDEN: Well, we always looked forward to the last hour of the show because no matter what the news of the day was, we knew that Rush was going to read again The True Story of Thanksgiving. And it never got old, and it never got tired. And that tradition, thankfully, is continuing, thank you — the tradition that Rush started in this country — and now you’re starting to see more and more people aware of the story.

Also, by the way, for parents with young children, the book series that Rush and Kathryn wrote on American history from the first pilgrims in their journey here to this nation all the way through the five-book series. What a wonderful Christmas gift that is for parents of young children who want to teach their children the true nature of American history and put in context this great country that we are so blessed to live in.

CLAY: There’s no doubt, James. By the way, for everybody out there who is going to be listening to the show tomorrow, we will be playing much of that from Rush on Thanksgiving. You will hear his voice for those of you who are out there traveling or going to your own Thanksgiving. James, where will you be spending Thanksgiving, and what will you be most thankful for yourself as you enter into the holiday season?

GOLDEN: You know, this year my nephew, his wife and their infant — we just celebrated his birthday two days ago, their son. They came out, they said, so they could put some loving on their uncle. And I am so happy to be able to spend time with family this year. This was a devastating year. Not just losing Rush. My mom passed away three days after Rush. It has been a devastating year, and the losses have just been really just searingly painful. 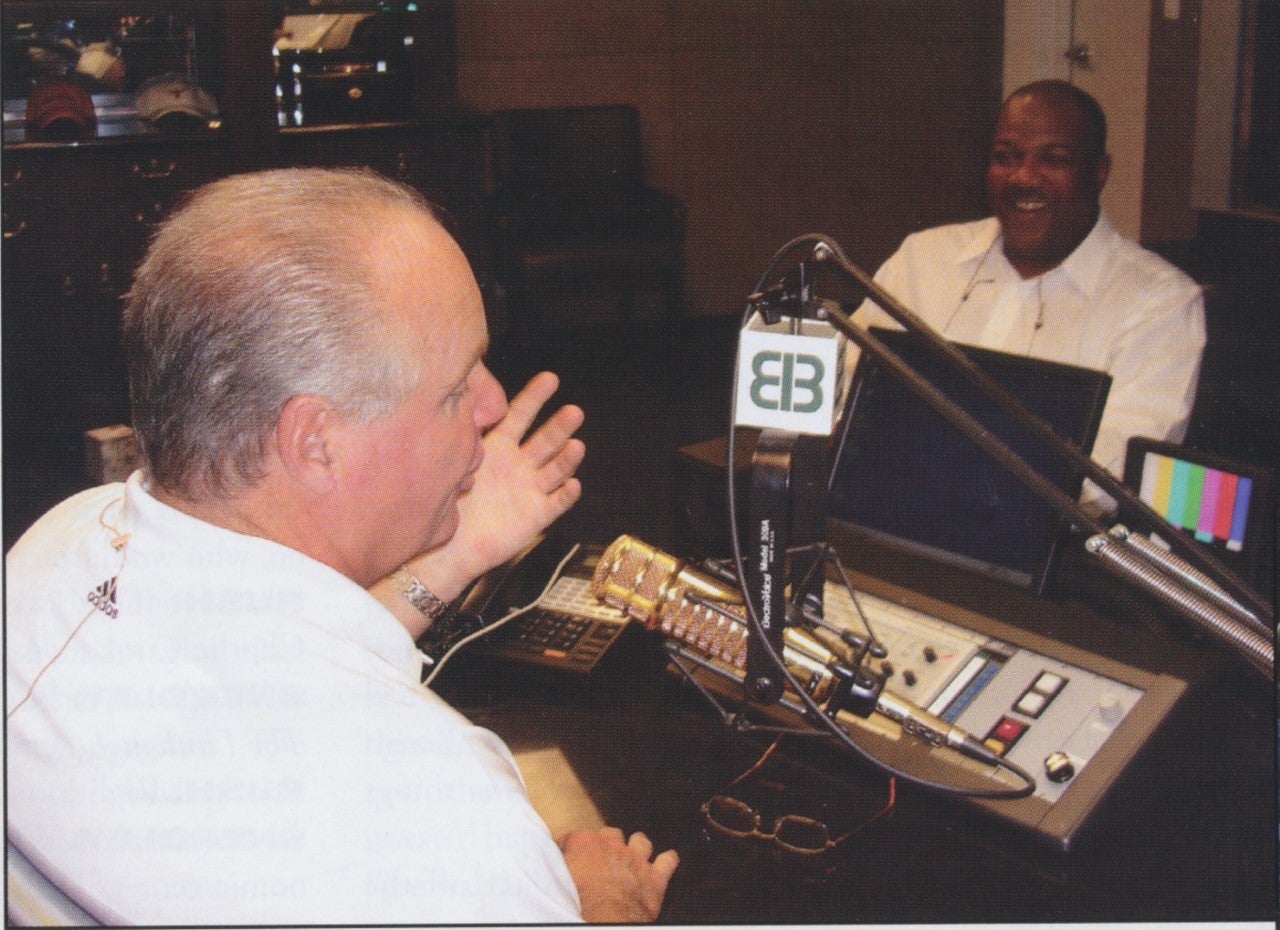 But I am so grateful now, looking back on it. We had 30 years, 33 years of Rush on the air. We have 33 years of wonderful memories of laughter, of his insights that only he could give, of his political wisdom, of his irreverent humor. And it it is such a blessing to now look back over this incredible career that Rush Limbaugh had. So, I’m grateful for that. I’m grateful for all the friends that I met along the way. Buck, you and I worked together. You were one of the people who sat in that chair when Rush was away.

And it’s so many great and wonderful people that I’ve had a chance to meet and interact with. I’m so grateful for that across the 30 years that I spent with Rush Limbaugh, and the people that are still with you and the people that were part of our EIB family. So happy about that. It is still one of the most wonderful times of the year, even though there’s a big hole in my heart that I don’t think will ever be filled because Rush isn’t here.

BUCK: James, we really appreciate you joining us and sharing your memories, of course, of the man himself, Rush, and your experience of him on Thanksgiving. And also, many times I spent holidays with you when Rush was out taking a much-deserved vacation, with you and Mike and the rest of the team here and Ali in New York City. So, some memory lane stuff there, too. James Golden, everybody, check out his book. And, James, we really appreciate you being with us, thank you so much.

CLAY: Welcome back in, we appreciate you joining us. Our thanks to James Golden. Want to reemphasize for you all out there that we’ll have many of the best moments from Rush’s Thanksgiving tomorrow as a part of the Best of Clay Travis & Buck Sexton Show. We, as always, are honored to be sitting in front of a couple of Golden Microphones. We appreciate all of you.

We’re thankful for all of you and the support you’ve given us. We are coming up on a half year doing this show. We are having a great deal of fun. We hope we’re also educating, entertaining and continuing to fight the battles that matter so much to Rush and that so many of you have spent decades devoting during this time frame. We thank you, both Buck and I do, and our families thank you as well.

This story originally appeared in Clay Travis and Buck Sexton

About The Clay Travis and Buck Sexton Show